Taranaki born and bred Beauden Barrett turned 21 in May 2012 and has added an exciting 2012 Investec Super Rugby season to what was has been an incredible five years since he made his ITM Cup provincial debut in 2010.

He has played for New Zealand Sevens, won the IRB Junior World Championship with New Zealand Under 20 in 2011, and helped his Taranaki team lift the Ranfurly Shield off Southland. Rugby is in his genes and his father Kevin also played for both Taranaki and the Hurricanes. 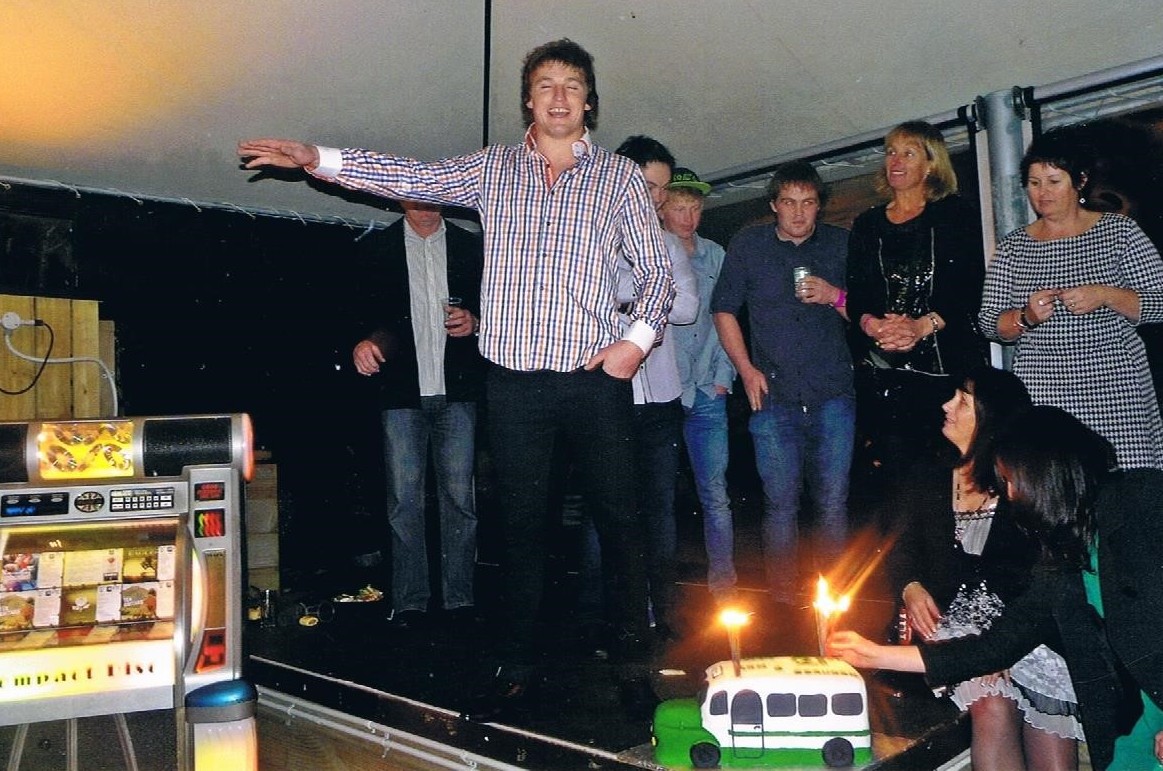 Beaudy directing play at his 21st!

Born in Stratford in 1974 and raised in Kaponga,

Mark Robinson was an intelligent and gifted midfield back who never reached his full potential for two major reasons.The first was his university studies for these took him out of the country at a crucial period in his career. A post graduate student at England's Cambridge University, he earned not only honours degrees there in political studies and philosophy, but also appeared twice in the famous Varsity match against Oxford and was awarded two blues.The second, and probably more compelling, reason for his career being a little unfulfilled was a wretched run with injuries. Because of these Robinson missed all of the 2001 NPC season for Canterbury and all of the Super 12 for the Crusaders in 2003, the latter break effectively ending his international career by ruling him out of consideration for the World Cup squad.From the same district in coastal Taranaki as another of New Zealand rugby's small band of intellectuals, Graham Mourie, Robinson also moved to Wellington to study at Victoria University. He had only a brief time in the Wellington representative side, making four appearances in the mid nineties. Most of his first class rugby in the 1994-96 seasons was with New Zealand Universites, for whom he played in eight matches including the world student games in South Africa in 1996.Because of his Taranaki origins he also played in the 1994 farewell tribute match in New Plymouth to the retiring Kieran Crowley.He returned to Taranaki for the 1997-98 seasons, impressing immensely with his strong running and reliable defence in Taranaki's surprise success in 1997 in making the NPC semifinals. In one match against Southland he scored five tries.

After 18 matches for Taranaki, which was interspersed with his studies at Cambridge, Robinson linked up with Canterbury in time for the 1999 season and for the Crusaders in the 2000 Super 12.Though often affected by injuries Robinson was in the Crusaders which won the 2000 Super 12 title, a feat he and the team repeated in the 2002 season.In 2000 Robinson received the first two of his All Blacks caps. He made his debut in the second test against Scotland at Eden Park scoring a try and played again in the tri-nations test against the Springboks in Christchurch.Because of his injuries Robinson did not reappear in the All Blacks until the 2002 season. This proved to be his most effective season and as well as the All Blacks he played pretty much all of the year with the Crusaders, winning another Super 12 title, and also appearing regularly for Canterbury in the NPC and in Ranfurly Shield defences.In the 2002 domestic season he was even preferred ahead of Tana Umaga for some of the internationals at centre. He played the warmup tests against Italy and Ireland and in tri-nations tests in Christchurch and Wellington against the Wallabies and the Springboks.

He had the last of his nine matches for the All Blacks, all of which were in tests, on the 2002 end of the year tour. He came on as a replacement in each of the internationals against England and Wales and was at second five eighths in the match against Wales.Injuries meant Robinson in 2003 did not add to the 23 Super 12 matches he had for the Crusaders but he recovered to take part in Canterbury's NPC and shield campaigns taking his appearances for the province to 25. But even though his career spanned almost nine seasons Robinson was still short of 100 first class matches in New Zealand rugby when at the end of the 2003 season he took up an overseas contract.Represented New Zealand Universities in 1994-96.

Profile by Lindsay Knight
for the New Zealand Rugby Museum. 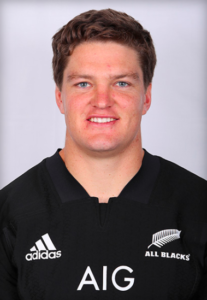 Athletic, young lock Scott Barrett joined the All Blacks for the Vista Northern Tour as injury cover for Samuel Whitelock. The 2013 New Zealand Under 20 player of the year, Barrett was in impressive form for the Crusaders in the Investec Super Rugby competition and Canterbury in the Mitre 10 Cup this year. He was one of Canterbury’s best defenders with a tackle success rate over 90 percent, and had 60 carries to his credit throughout the season. He was only 20 when he made his debut for the Crusaders, playing against England during their 2014 tour and although only 22 now, plays with the maturity and vision of a more-experienced player. Scott attended Francis Douglas Memorial College, which as well as producing brothers Beauden and Jordie, was the alma mater of All Blacks midfield legend Conrad Smith. 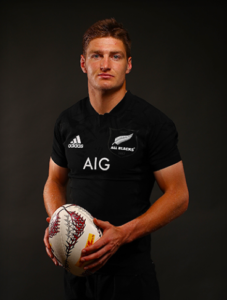 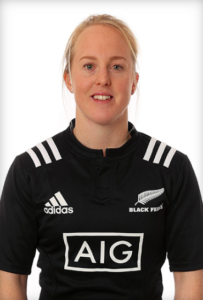 Born and raised in Coastal Taranaki

ORIGINALLY FROM New Plymouth, Kendra Cocksedge is very much a Cantabrian for her rugby, having made her mark with the South Island province.

She was first recognised in 2006 with selection for the Taranaki and Hurricanes Schools, where her intuitive halfback play, allround skills and goalkicking ability first came to the fore.

At the end of the 2017 season Cocksedge holds a raft of records for Canterbury, (where she is also a women’s rugby development officer), including most tries (43) and most points (684). She took special pride in winning her first Farah Palmer Cup title in 2017.

We like to thank our sponsors for their kind support.
lease return in custom. and find out sponsorship opportunities here. Support our Sponsors.